This is a cover illustration I did in case anyone ever went completely crazy and decided to publish a book of my work. It's based off of the "Hare..." story I illustrated, and I kind of just wanted a simple but kind of graphic image on the front. Thus, I went with the rabbit out in the snowy hills with scarce evergreens around him. 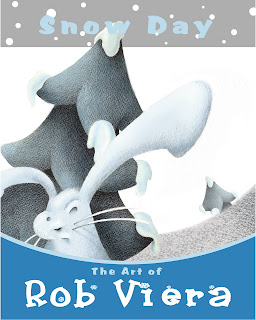 This is a completely digitally painted image of the view from a plane window, looking down upon the clouds from atop the world. 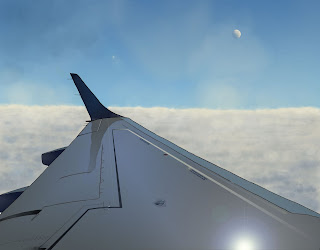 The Hare Who Would Not Be King

These illustrations are part of a 3 piece series for the short story, "The Hare Who Would Not Be King." 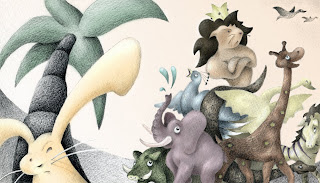 The first illustration pictures a Lion who gets crowned king of the animal kingdom, but the Hare forsees nothing good to come of this, and refuses to take part in the celebration. 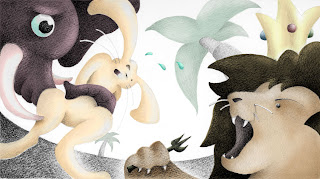 The second illustration shows the King commanding the Hare's best friend, the Elephant, to capture him and feed him to the Lion for dinner. 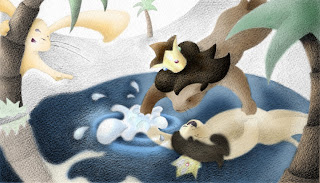 The third Illustration depicts the Hare tricking the Lion into thinking his reflection is another king who wants to overthrow him, thus leading to his drowning.

A piece I did about 2 years ago, but is still one of my favorites. It's a piece about a jack-in-the-box watching a whale, in case you couldn't tell. 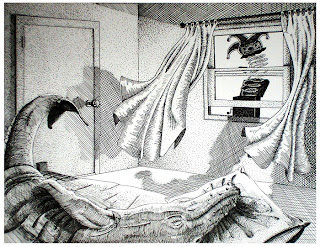 A piece I did almost 4 years ago, Freshman year. It's about 3 feet tall, and it was done with a twig, stippling square by square. It took forever. 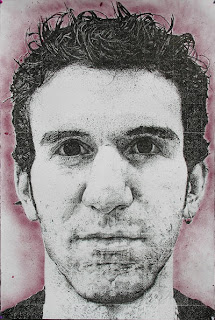 i am an illustrator from long island. i graduated from the school of visual arts, in nyc, with a bachelor of fine arts degree in illustration, 2008. i also obtained my master of arts degree in art education at adelphi university, in garden city, ny, 2010. i currently reside In hoosick falls, ny where i illustrate and teach art.